Death and a Pot of Chowder
(eAudiobook) 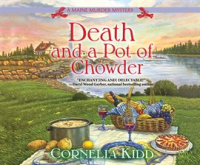