The perfect man ; Head over heels ; Wimbledon ; The story of us
(DVD) 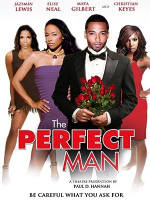