The Life and Masterworks of J.M.W. Turner
(eBook) 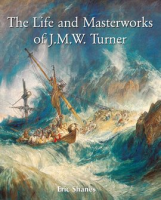